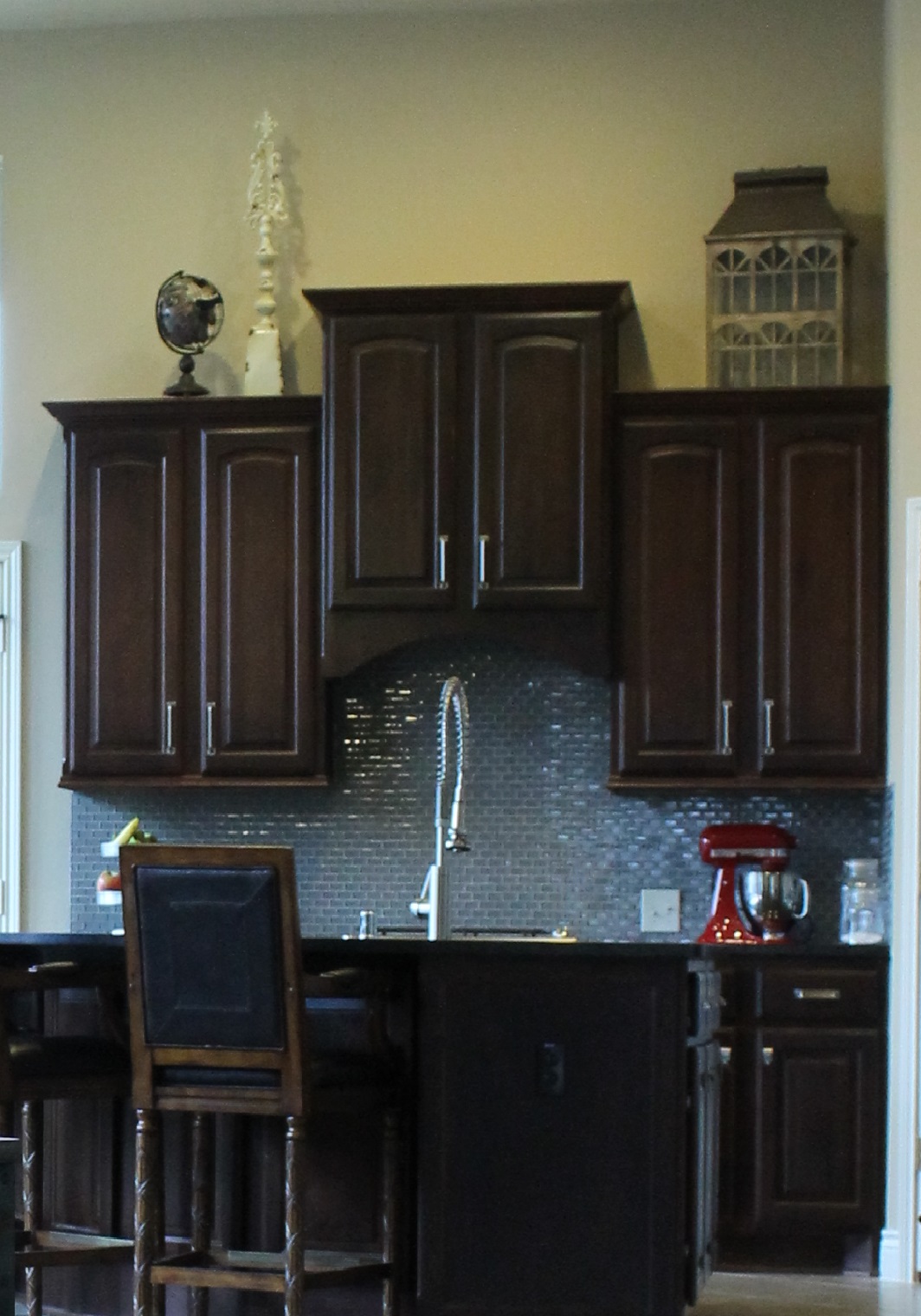 We bought a brand new, never been lived in, straight from the builder, home in October of 2013. When we first walked through it, it wasn’t quite finished. There was still a few weeks to go before it was ready to close on. We needed a home and fast. This house met most of our criteria. So we bought it. With just a few customizations, it would be something we could love for a couple years.

The first thing we did was pick out our own backsplash for the kitchen. All the builder options were just too blah for us. And to be honest, a little dated.

The funny thing is, we went to Floor & Decor and spent a good hour trying to pick something out. They didn’t have enough of what I really wanted. So we went with something similar to what we had in mind but I just wasn’t 100% happy with it. We got it over to the house and didn’t like it. After staring at tile at Home Depot a few days later we still weren’t any closer to making a decision.

The tile guys were scheduled to do the installation and I told my husband to surprise me and sent him off to pick out some tile. Yes, I am crazy. Still can’t believe I did that! He came back with this beautiful stuff and I think I actually did the whole girly jumping up and down while hugging him to me in a death grip. He knew I really wanted to bring in some grey to balance out the reddish tones in the cabinets but was worried it just wouldn’t go together. It ended up looking great and even after we have sold it, I still think of my pretty shiny glass tile now and then. It just goes to show you need to put what YOU like in YOUR home!

In the family room, we had the stone that we had originally picked out as a backsplash, installed around the fireplace. The fireplace was just the faux stone façade that the builder does standard to these types of houses. It was surrounded by boring painted and textured sheetrock. And exactly the same as everyone else on the street. So we customized it.

I loved the 13 foot ceilings in this house and the fact that the western side of the house was nearly all windows. We debated about removing the ceiling fan and installing a chandelier instead, but we live in south east Texas, and it is HOT here. A lot. So the breeze and circulation the fan created won.

You can see through the windows the privacy landscaping we had installed as well. This really helped and gave us a gorgeous view out of all those windows. Not to mention the great Easter egg hunt shots I got in with it as a backdrop!

Those are probably three out of six big investments we made in the house and they definitely made it more “us” and a more livable home for our family as well. If you look back at past WIWW posts, you will also notice built in drawers and shelves in the master closet. In addition to that built in we also had a custom shoe shelf installed and a couple of chandeliers to bring a little glam into the space. We were happy with where we spent the money on our home.